← more from
SA Recordings
Get fresh music recommendations delivered to your inbox every Friday. 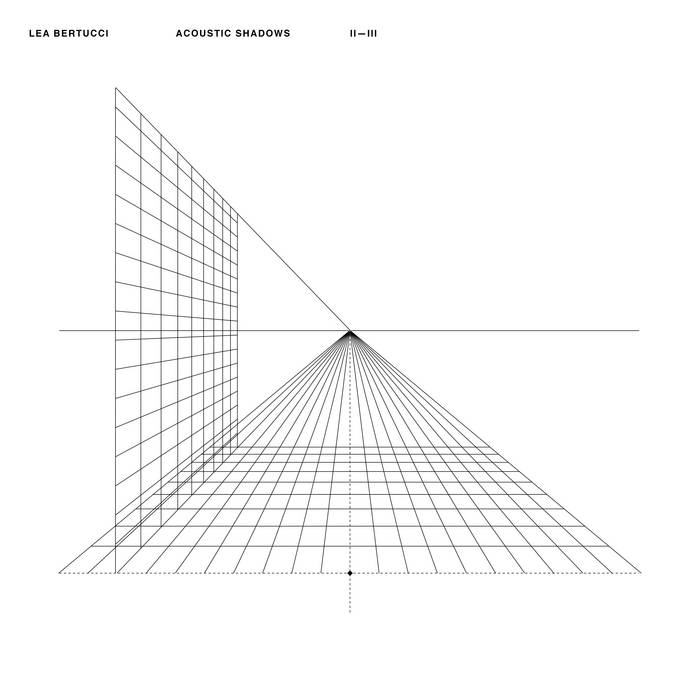 On April 15th SA Recordings present a new LP and sample library from the acclaimed New York composer, performer and sound designer Lea Bertucci. A work of three interlinked incarnations, ‘Acoustic Shadows’ began as an event, which then became an album and has inspired a sample library for other musicians.

The Event (recalled by Lea Bertucci)

“Acoustic Shadows I-III was a series of site-specific musical performances and a sound installation that took place in the enclosed hollow body of the Deutzer bridge in Koln, Germany, 2018. Spanning approximately 440 meters across the Rhine river, the extraordinary acoustics and rich existing aural architecture of this site became crucial components of the installation and musical compositions.

An 8-channel speaker system distributed throughout the bridge became activated by three instrumental performances that happened throughout the course of a week. Fragments of each performance were captured by microphones installed in the space and then played back through the 8-channels after the performance was over in a loop of overlapping moments, creating a sonic accumulation that takes place over long stretches of time - a musical performance with no clear ending.

The first performance, for solo alto saxophone, served as the basis for the rest of the piece, as the sounds generated during this performance were played back as an installation throughout the following days. The second performance built upon the first, this time with an 8-piece brass ensemble. Again, the sounds produced here were captured in a similar fashion from the first performance and continued as an installation for the next few days. On the last day, a performance for three percussionists closed out the event and completed the project. I wanted to create elements within this project that directly responded to the auditory richness of the site. In each composition, I looked for particular instruments that would excite the acoustic characteristics of the space. With approximately 14 seconds of reverb, distinctive delay effects and a room tone of approximately 65 hz, the hollow body of the bridge provided a lush sonic backdrop to stage these pieces."

Regarding editing and reworking the original ‘Acoustic Shadows’ performance recordings into an album, Bertucci comments; “Rather than offer a straight document of a piece that eschewed notions of time, space and subjective/mutable spatial positioning of the listeners, I was more interested in shaping compositions that worked within the parameters of an LP, developing pieces that worked within the approximate timeframe of 20 minutes on each side and capturing the essence of the experience. The original pieces were more than 40 minutes long each, and with no real ending due to the playback element that transformed performance into installation.”

Utilising the “natural processing of sound”, direct audio sources provided by Bertucci and percussionists, tram noise from the bridge and voices of visitors to the installation coalesce with the space’s own reverberations and resonances, creating two sonically opulent compositions. On ‘Brass (II)’ drones rise like giant slo-mo waves, contrasting with stabs which dart across the soundspace like shards, whilst on ‘Percussion (III)’ beats appear as thrown objects, flying through and bouncing off surfaces, giving the listener a 3D sensory and spatial perception akin to a bat’s echolocation. This detailed deep listening experience has a transportive quality, summoning a vivid sensation of being present as the installation took place. Both pieces map and evoke a sense of the bridges’ impressive size, shape and material, whereby its incredible acoustic properties purvey a monolithic auditory power and profound sense of gravitas. “The LP is best listened to at loud volumes and on good speakers in order to feel the mesmeric power of sound in space”, suggests Bertucci.

In November 2019, Bertucci teamed up with sample library creators Spitfire Audio and three musicians to record reverberant brass and percussive sounds from within the cavernous walls of a former industrial fridge at Tileyard Studios in London. This sophisticated, high-quality selection of evolving sounds are presented in Spitfire’s award-winning plugin for composers and music creators. ‘Acoustic Shadows’ will be the third sample library released by SA Recordings in conjunction with an artist’s record, and the first to feature site-specific sounds made in collaboration with the artist and Spitfire Audio.

Lea Bertucci’s “Acoustic Shadows” originated as part of Brückenmusik 24 – an annual sound art event – taking place from July 1 to 8, 2018 inside Deutzer Brücke, Cologne, Germany. Along with the exhibition, three different performances took place over the course of one week, involving local musicians: